Birds at the Winchester Fish Ladder

Birds at the Winchester Fish Ladder

The herring that use the Winchester fish ladder provide an all you can eat buffet for certain birds.  In the late spring, the Mill Pond by the fish ladder is teeming with Black-crowned Night Herons, Great Blue Herons, Cormorants, and gulls such as Herring Gulls.  Photographers flock to the fish ladder as well!  Photo credits to Tom Luongo.  All photos taken at the Winchester Center Falls dam.

The Night-Heron winters in the south but spends the warmer months in the north.  They nest and breed in large colonies in the Boston Harbor Islands and other coastal locations.  They follow the herring migration up the Mystic River, feeding on the fish as they go.  They are called Night-Herons because they prefer feeding at night, although you will see them during the day. 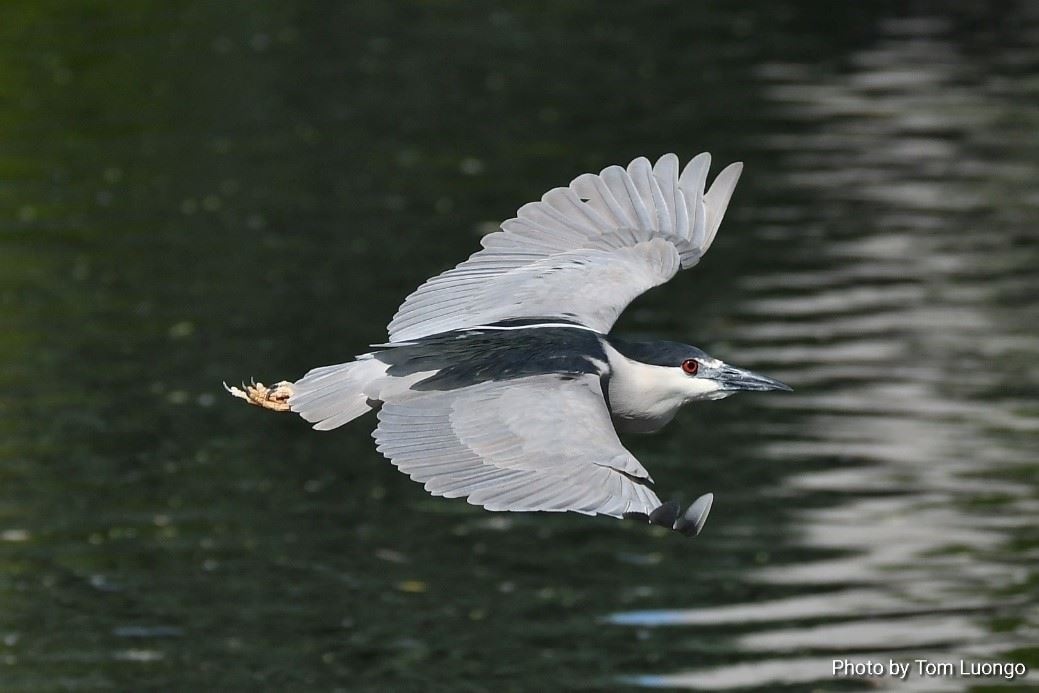 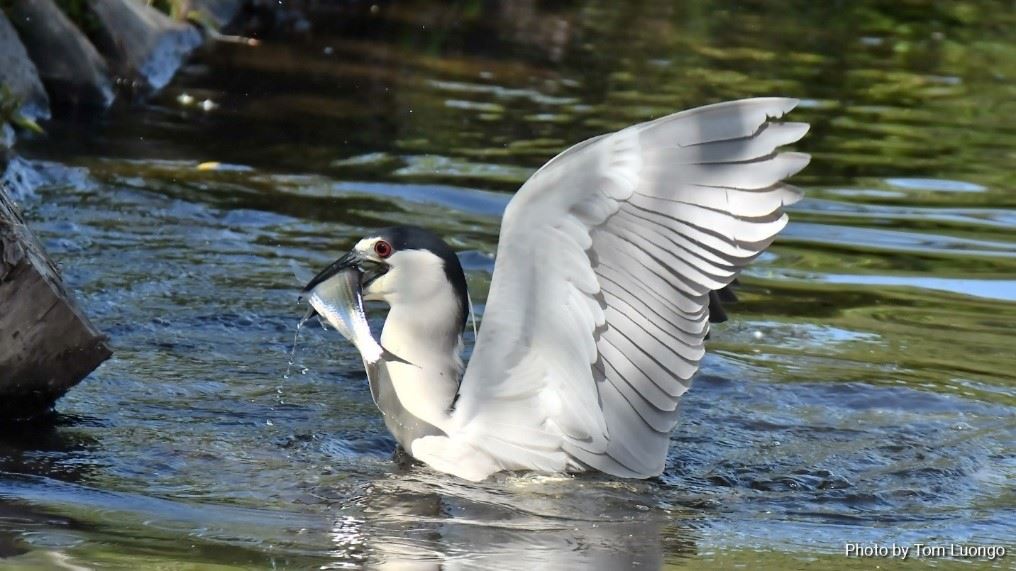 While the smaller Night-Heron lives mostly on the coast, the Great Blue Heron lives throughout the Commonwealth.  They nest and breed in colonies in wetlands, especially in dead trees created by beaver activity.  They migrate south, but some will stay throughout the winter.  The number of Great Blues have been greatly increasing recently.  Great Blues have a large wingspan and a distinctive flapping motion. 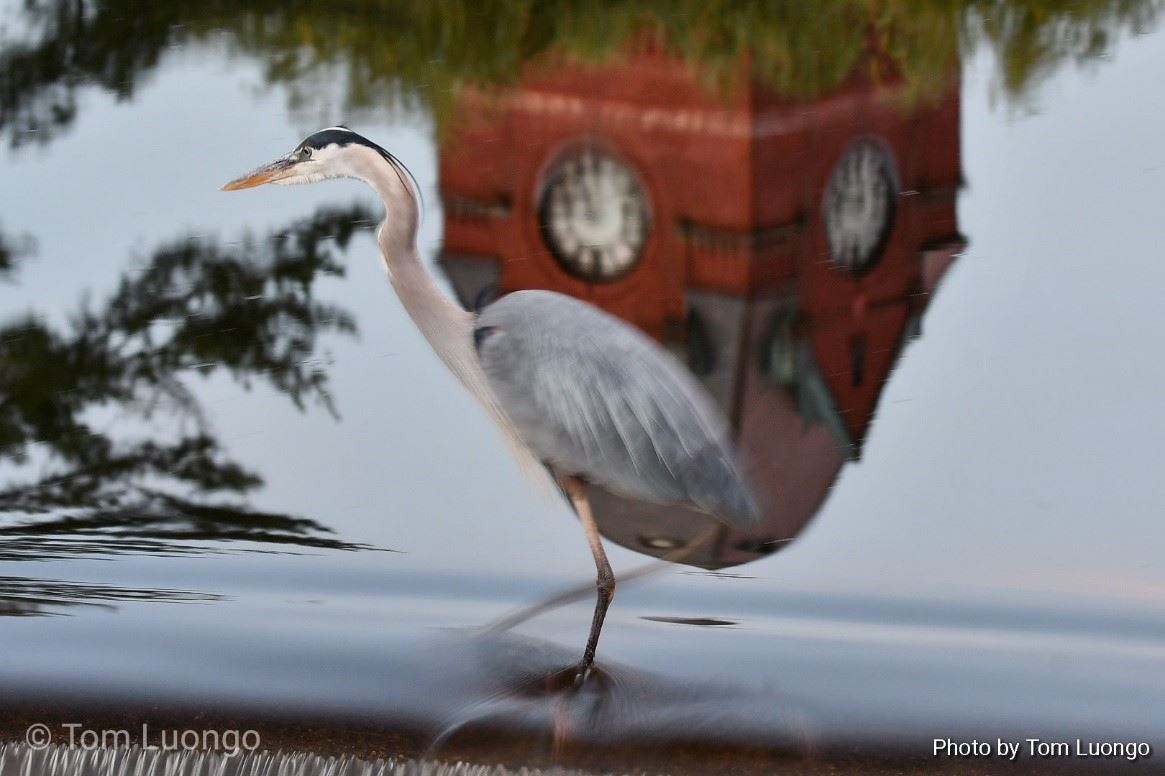 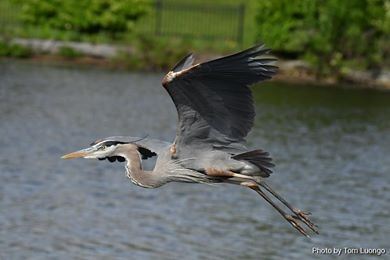 Cormorants are adroit swimmers and masterful divers, pursuing fish below the surface with great speed and agility.  They nest on rocky offshore islands and migrate south in the winter.  They were hunted vigorously and disappeared from Massachusetts but have recently increased in number.  The Double-crested is different from the Great Cormorant, which is not present in the spring. 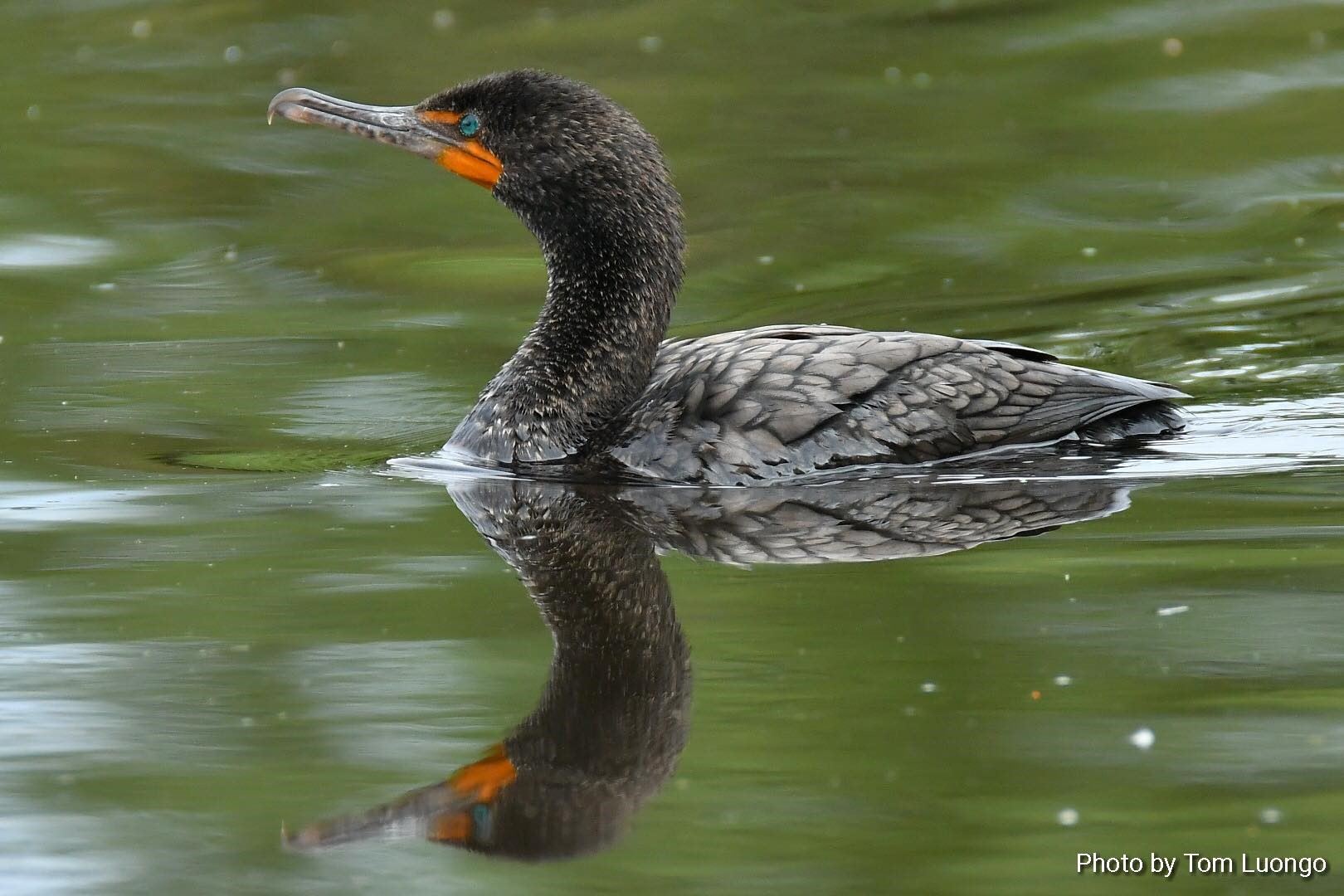 The Herring Gull and the Great Black-backed Gull are also likely consumers of herring at the Mill Pond.  This is a picture of a Herring Gull about to enjoy an unfortunate herring. 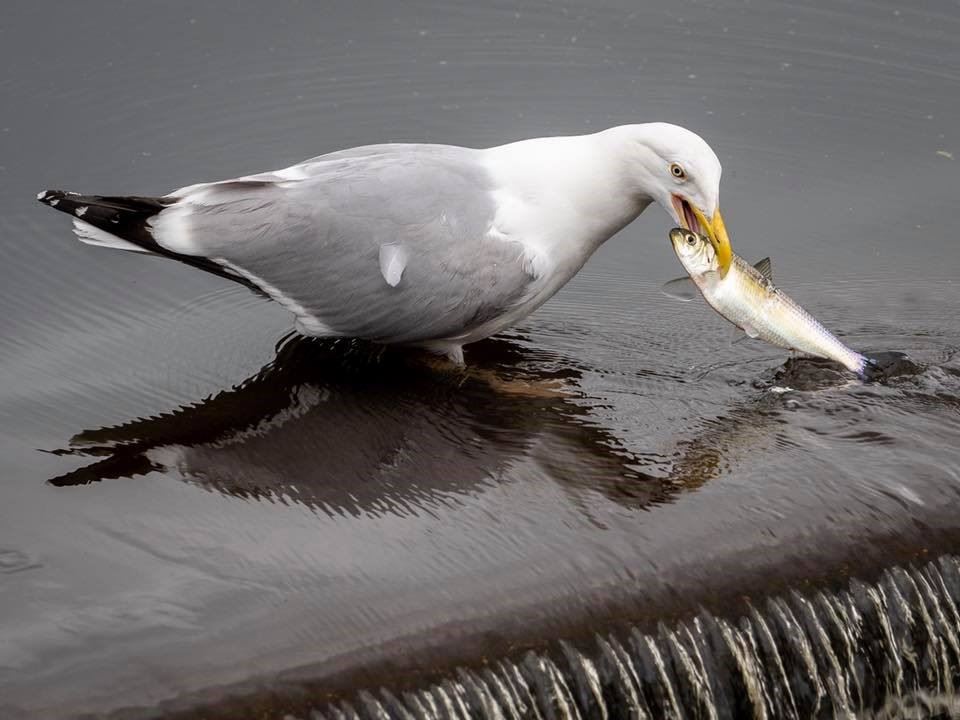 A Great Blue Heron, a Herring Gull, and a Black-crowned Night Herron all waiting for herring. 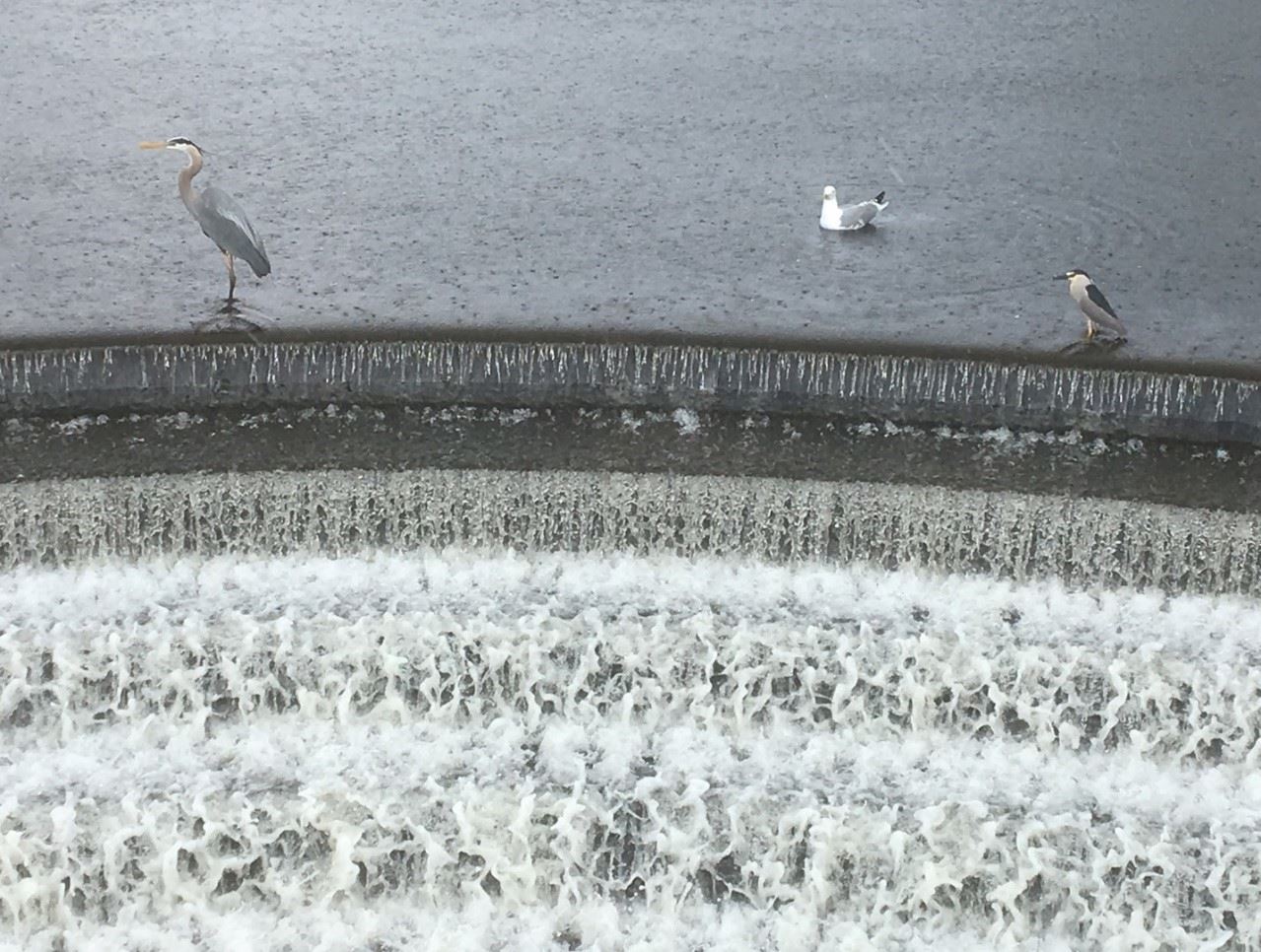 Special thanks to Marj Rines of the Massachusetts Audubon and Andy Hrycyna of the Mystic River Watershed Association for helping with the above information.  Thanks to Tom Luongo for the photography.