Preparing for a Changing Climate 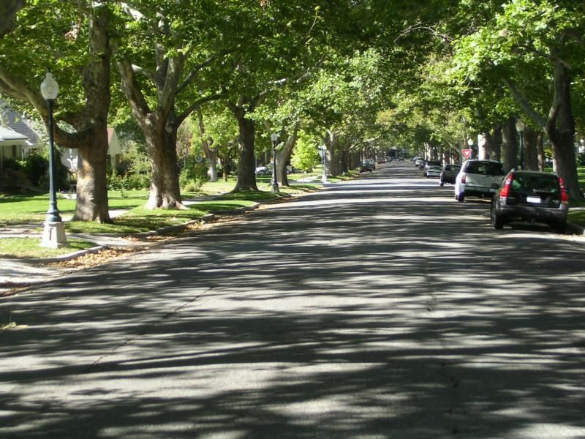 From more intense storm events causing flooding to high heat days leading to poor air quality, our town is already experiencing the impacts of climate change. The need for urgent action is well recognized by international, national, state, and local agencies and governments. In Winchester, these changes continue to create unacceptable risks and costs to the Town, residents, and businesses. For example, over the past several decades, the Town of Winchester has experienced devastating flooding along the Aberjona River and its tributaries, which has endangered public safety, disrupted businesses, and schools, and led to significant economic losses totaling more than $25 million.

We must reduce these risks and costs by reducing the carbon pollution created when we burn fossil fuels such as coal, oil, and natural gas that still power and heat most of our buildings and vehicles. However, due to the ability of greenhouse gases like carbon dioxide to remain in the atmosphere for decades, a certain amount of climate change is now inevitable. We must take steps today so that we are more prepared to cope with the impacts of climate change in the future.

Following are the primary climate-related threats facing Winchester, along with information about how the Town is working to address those threats. You can play an important role in helping ensure your family is prepared for a changing climate.

Heat is a growing problem in Winchester. Climate change is causing more extreme weather, including heat waves, and it will get worse. Projections from the Massachusetts Executive Office of Energy and Environmental Affairs show that the number of very hot days (over 90 degrees) each year will double from about 10 per year now to over 20 by 2050. In 2020, Winchester finalized a Municipal Vulnerability Preparedness Report that identified extreme heat as one of four top priority hazards facing the town. Heat is identified as a significant concern in Winchester’s All Hazards Mitigation Plan, Master Plan,  Climate Action Plan, Municipal Vulnerability Preparedness Plan, Heat Statement, and draft Heat Response Strategy (scheduled for completion in March, 2022).

What the Town is Doing

In March 2022 the Town will release a Heat Response Strategy with several recommendations to help prepare for a future with more intense and frequent heat waves. Recommended measures in that Strategy include:

The Town will be working to implement the above strategies starting in the spring of 2022 in going forward.

What You Can Do

There are several things you can do to prepare for a future with more frequent and intense heat waves:

As noted in Winchester's 2020 Municipal Vulnerability Preparedness report, periods of drought lasting 1-3 months are predicted to occur more frequently in the future in the late summer and early fall. Such droughts will reduce water levels in the Town's reservoirs (located in the Middlesex Fells Reservation). However, the Town receives between one-third and two-thirds of its water supply from the Massachusetts Water Resources Authority (MWRA), and the Town has the ability to increase that percentage to 100% in an emergency. For that reason, we do not anticipate a loss of access to potable water in Winchester due to increasing future drought conditions.

The primary impacts of more frequent and long-lasting droughts in Winchester will be to plants and animals. The community of plants and animals in our region has evolved over millennia to survive within certain temperature and moisture ranges. With increasing temperatures and periods of drought predicted due to climate change, some plants and animals will have more difficulty thriving or even surviving. One solution that is available to all property owners in Town is to plant trees, shrubs and other vegetation that are drought tolerant. For a variety of suggestions and resources around sustainable landscaping and water conservation, click on the Sustainability at Home menu item at left.

Climate change is causing higher temperatures and more periods of drought, but also the other extreme: more intense storms with increased rainfall, snow and wind speeds. These hazards are leading to an increase in the following impacts:

Winchester's Engineering Department website provides a great deal of information about the causes and impacts of stormwater runoff and ways to reduce stormwater runoff, including on private property.

Increasingly intense storms are resulting in higher rainfall and snow quantities that can overwhelm the Town's stormwater system. As noted above, over the past several decades the Town of Winchester has experienced devastating flooding along the Aberjona River and its tributaries. The good news is that Winchester has implemented a comprehensive Flood Mitigation Program that, since 2010, has resulted in several important projects costing tens of millions of dollars that have substantially reduced flood risks, primarily along and adjacent to the Aberjona River but also elsewhere in town, including this project in the Wildwood Road neighborhood.

For more information about flood hazards and ways to reduce their likelihood, including steps that can be taken by property owners, visit the Engineering Department's Flood Hazard Website.

In epidemiology, a disease vector is any living agent that carries and transmits an infectious pathogen to another living organism. With milder winters caused by climate change, epidemiologists expect certain vector-borne diseases to become more prevalent, especially those transmitted by ticks and mosquitos. Among the primary tick-borne diseases are Lyme Disease, Babesiosis and Anaplasmosis. Mosquitos can carry Eastern Equine Encephalitis and West Nile Virus, with concerns that other diseases such as dengue fever and chikungunya could become more prevalent in Massachusetts.

Although of concern, there are simple, common-sense steps that Winchester residents can follow to keep themselves safe while still enjoying the out-of-doors year-round. Those include wearing appropriate clothing, applying insect repellant, and checking for ticks on clothing before going inside. For these and other tips and valuable information about vector-borne diseases, visit Winchester's Health Department's Pest Information website.